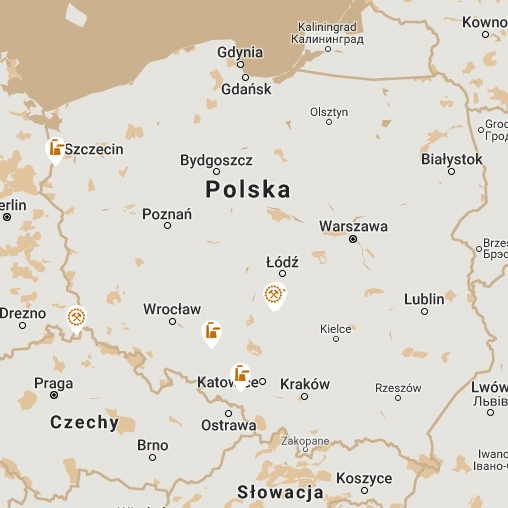 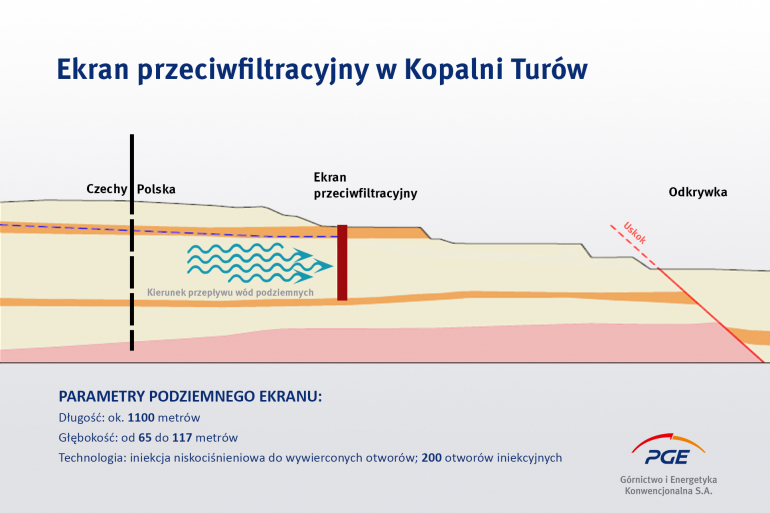 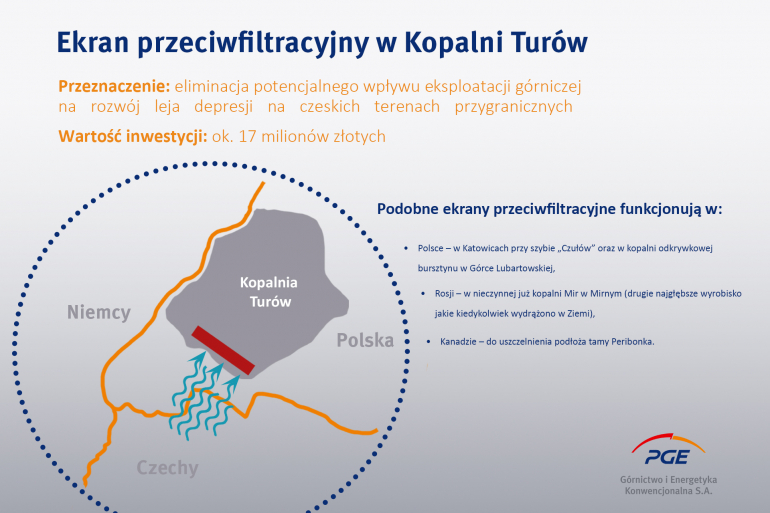 In the Turów Lignite Mine, owned by PGE Górnictwo i Energetyka Konwencjonalna from the PGE Group, a cut-off wall is being built, which will protect the possible flow of water from the intake in the Czech village of Uhelna towards the mine. The pro-ecological investment is the mine's response to the Czech side's concerns about the local water intake.

In June 2020, the Institute of Meteorology and Water Management, the National Research Institute, prepared an independent scientific study, which indicated that the weather conditions, and not the activity of the Turów Lignite Mine, had the main impact on the water resources at the Czech border. The implemented investment worth PLN 17 million is a preventive measure. The screen is ready in nearly 70 percent.

The construction of a cut-off wall near the Czech town of Uhelna is a response to the demands of the Czech side resulting from concerns about the local water intake. Investment is a preventive measure to which the Turów Mine has committed itself on its own initiative. The cut-off wall will be approx. 1100 m long, approx. 1 m wide, and its depth will range from 65 m to 117 m. The investment is being implemented to eliminate the potential impact of mining operations on the development of the depression cone south of the Turów Mine.

The construction of an underground cut-off wall is an expression of our concern for natural resources. In the vicinity of our mines, we pay particular attention to water intakes, hence our commitment to their special protection. Additional protection of the only drinking water intake in Uhelna with the use of a cut-off wall is a preventive measure. The Institute of Meteorology and Water Management, the National Research Institute confirmed in an independent study that it is the meteorological conditions, and not the Turów Mine, that have the greatest impact on the water level on the Czech side - says Zbigniew Kasztelewicz, Vice President PGE GiEK for Mining.

Completion of the works included in the contract for the construction of the screen, in accordance with the building permit, is scheduled for the end of September 2021. After this date, hydrodynamic and technical tests and analyses will be carried out to check the barrier's operation. The wall can be expanded if necessary. The wall’s effectiveness will be monitored on an ongoing basis by a detailed Polish-Czech monitoring system.

Cut-off walls are the most common way to build waterproofing screens. Those made in a low-pressure version, as is the case with the Turów Mine, are used in the construction of impermeable screens to protect mine workings and shafts, river embankments, water reservoirs, protect deep construction excavations or isolate landfills. They are very effective.

Similar cut-off wall were made in diamond mines in Russia, e.g. around the now closed Mir mine in Mirny, which is the second deepest excavation ever drilled into the Earth, and during the sealing of the ground of the Peribonka Dam in Canada. In Poland, this type of a cut-off wall has been used in Katowice for three years at the "Czułów" shaft. Last year, the construction of a waterproofing barrier in an amber opencast mine was completed in Górka Lubartowska, thus enabling safe extraction of amber.

Environmental protection, including care for water resources, is of great importance to PGE GiEK. From the beginning of works on the extension of the license for coal mining in KWB Turów, the protection of water resources was a priority for the Turów Mine. So far, there is no unequivocal expertise and evidence that the mine has an impact on eight active water intakes located in the Czech Republic. The independent scientific analysis prepared by the Institute of Meteorology and Water Management of the National Research Institute shows that the meteorological conditions have the main impact on the water resources at the Czech border. The 30-year observation of scientists also shows that the mountain area of Worka Żytawski, where the Turoszów energy complex is located, is particularly vulnerable to hydrological droughts.