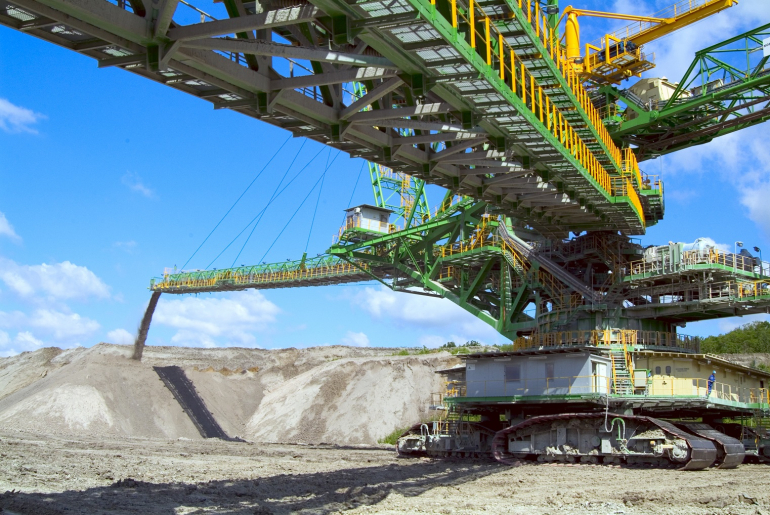 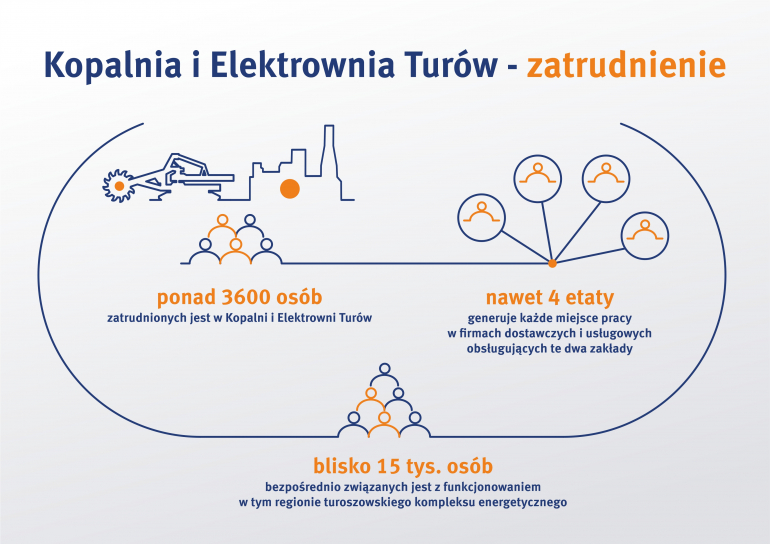 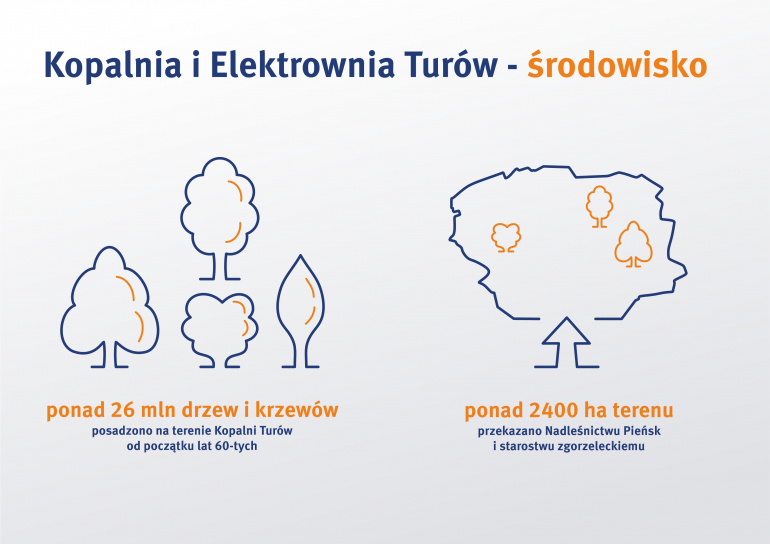 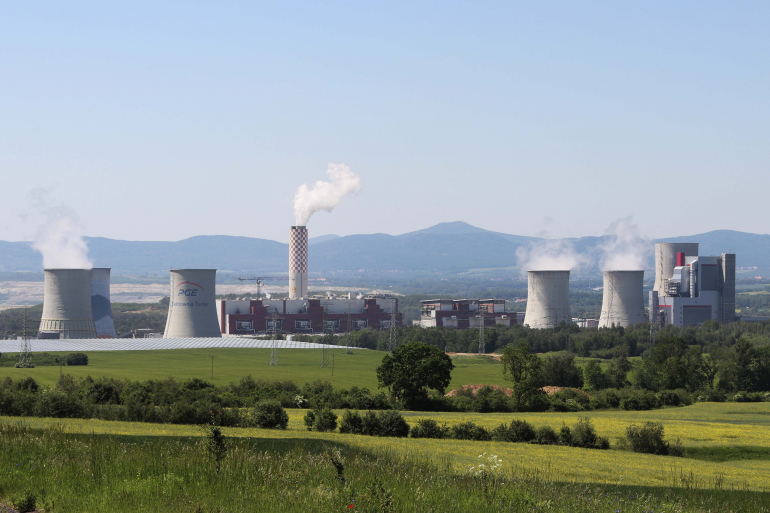 The Minister of Climate's award of a six-year license means the continuation of the lignite deposit mining operations, which have been carried out on an industrial scale since 1904. The lignite mining is and will be conducted only in the “Turoszów-Bogatynia” mining area, which was designated in the concession of 1994. In practice, this means that the Turów Lignite Mine will not expand its mining area beyond the boundaries set 25 years ago. Moreover, the area of actual mining activities will be less than half the size of the mining area specified in the 1994 license.

As part of the concession process, a detailed environmental report has been developed, which contains analyses of the expected impact and, above all, determining the necessary measures to minimize the potential impact of lignite mine operations. Responses to several thousand comments and motions were submitted, and in result, the participants in the proceedings, as well as persons interested in it, obtained the necessary information on all matters raising doubts.

For proceedings related to the extension of the concession until 2044, it was necessary to get a so-called decision on the environmental conditions of the project. The application for issuing such a decision was submitted by PGE GiEK already in 2015, and the procedure of environmental impact assessment for continuing Turów deposit mining operations lasted over 5 years. The Decision was issued on 21 January 2020 by the Regional Director for Environmental Protection in Wrocław, following the environmental impact assessment procedure. It imposes specific obligations on the Turów Lignite Mine, including the implementation of investment projects that minimize its environmental impact, underlines Zbigniew Kasztelewicz, Vice President of the Management Board for Mining at PGE GiEK.

In accordance with the requirements of the Polish and EU law, representatives of administrative bodies, the public, as well as the neighbouring countries, i.e. the Czech Republic and the Federal Republic of Germany, participated in the environmental impact assessment procedure. As part of this procedure, objections were raised.

Public consultations, including consultations with the Czech and German society, as part of cross-border proceedings, were conducted with full transparency and took into account the maximum waiting time for positions of the neighbouring countries, adds Zbigniew Kasztelewicz.

Guided by the principle of good practices, in autumn 2019 PGE GiEK organized additional meetings, outside the scope of legal requirements, with Czech residents in the villages of Chotyne and Uhelna, during which they discussed the measures that would be taken to eliminate the potential impact of the Turów opencast lignite mine on the border areas. Besides, in addition to the standard procedure required under the law, in the first half of 2019 meetings were also held with the inhabitants of Opolno-Zdrój.

The impact of the Turów Lignite Mine on water resources at the Czech border areas was also the subject of the environmental impact assessment procedure and cross-border arrangements. The groundwater level has been monitored for many years by the Polish-Czech and the Polish-German teams of specialists. The measurement network includes 550 sites for measuring the groundwater table, of which over 150 belong to the Polish-Czech and the Polish-German measuring networks. The results of specialist tests confirm that the mine does not cause dewatering in drinking water intakes. In order to protect the only drinking water intake in Uhelna, which may be affected by the Turów Lignite Mine, actions were taken to develop and implement an underground screen that would be built at a depth of about 60-110 m and which would secure the potential flow of water from the Uhelna area towards the open pit.

The Turów Lignite Mine is the only fuel supplier to the nearby Turów Power Plant, which is currently able to produce electricity for approx. 2.3 million households. The Turów Power Plant meets all applicable emission standards and is prepared for the entry into force of the stricter emission requirements imposed by the European Union.

Currently, there are six power generation units in the Turów Power Plant, which were commissioned in the years 1998-2005. From the point of view of unit operation time, the Turów Power Plant is one of the newest system power plants in Poland. Since 2014, a program of adaptation to constantly tightening emission standards has been implemented at the Power Plant. This objective is to be achieved, among others, thorough the currently ongoing process of modernization of units 1-3. The value of the project is approximately PLN 800 million. The completion of this task will contribute to extending the life of the generating units by a minimum of 20 years, increasing their capacity from 235 MW to 250 MW, as well as improving their efficiency and availability. The main technological islands of the units, i.e. boilers, turbines, generators, electrostatic precipitators and control systems will be modernized during the works. The implementation of the project also has its environmental dimension – it will result in a significant reduction in the emissions of nitrogen oxides, sulphur dioxide, and dust. The emissions of nitrogen oxides are reduced from 190 to 175 mg/Nm3; the sulphur dioxide emissions are brought down to 180 mg/Nm3 (from 400 mg/Nm3), and the level of dust emissions after the modernization will be 10mg/Nm3 (so far this value has been 50mg/Nm3).

At present, the Turów Power Plant is in the final construction phase of a modern power generation unit with a capacity of approx. 500 MW. The use of the latest technological solutions in the newly built power unit No. 7 is to guarantee high efficiency of power generation as well as full and effective utilization of lignite deposits in the Turów Lignite Mine, with the simultaneous compliance with all ecological standards. The new unit will meet strict environmental standards. Its SO2 emissions compared to those of the shut-down power units Nos. 8, 9 and 10 will decrease by almost 20 times, and the dust emissions – by about 10 times. Due to the requirements of the climate policy, the unit will be prepared for the construction of an installation capturing carbon dioxide from flue gases. The power generation unit under construction will replace the older decommissioned units, and will allow the rebuilding of the capacity of the Turów Power Plant to approx. 2000 MW. Electricity produced in it is sufficient to meet the needs of about 1 million households.